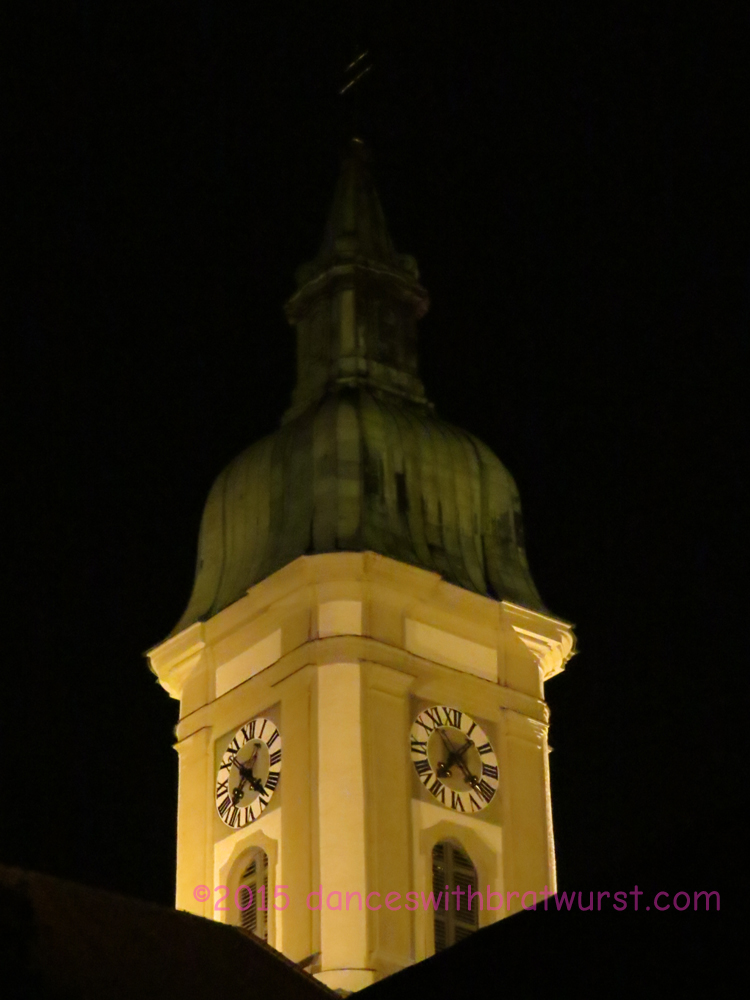 This is the parish church (not a cathedral, like the Dom) of St. Peter und Paul, about a kilometer down some hills from where I live in Area 51.  I’ve not been in the church yet as it has been undergoing some renovations on the inside.  The church dates from the mid-18th century, but the surrounding area was part of a monastic cloister dating from the mid-12th century that was disbanded in 1803.  Some of the cloister buildings have become government offices and there is a market in one of the courtyards on Fridays.  That’s all I know for now!