Finally there’s some nice weather in Bavaria.  Sunday we took a drive down the Deutsche Hopfenstraße.  The hops harvest is generally completed; the wires are empty but the hops cones are on their way to bring joy to millions around the world.  Our goal was Abensberg, for a tour of Brauerei zum Kuchlbauer, a brewery specializing in wheat beer for the past hundred years.  The tour theme was “Beer and Art”–the brewery has recently been redecorated with the work and philosophies of 20th-century Austrian artist Hundertwasser as a theme, and the tour ends with a trip up a tower conceived by the artist and completed after his death.  (It’s a tourism gimmick, but somehow it works because they had good beer first.) 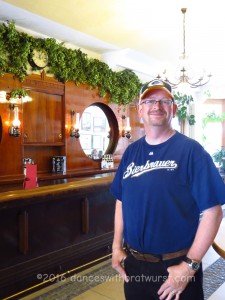 We were not offered a glass of beer while we waited for the guide. Score one point for American brewery tours. 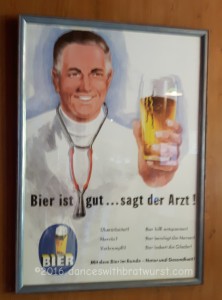 The brewery’s “Bier-Apotheke” documents how hops, malt, yeast, and wheat beer will improve your health. 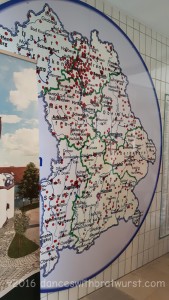 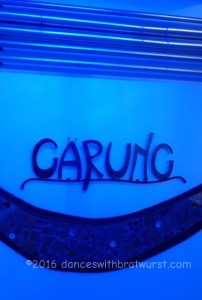 After the production facility portion of the tour (I enjoyed the 19th century bottling apparatus), there was a life-sized replica of da Vinci’s Last Supper, animatronic gnomes reciting poems about wheat beer, and a nice diorama of the rat-infested Beer Hell that awaits those who brew beer with non-Reinheitsgebot ingredients, e.g., Belgians, Americans, Germans….  Beer Heaven is for those who drink Kuchlbauer’s wheat beer, of course–nevermind that the original Bavarian Reinheitsgebot forbade the use of wheat. Ho-hum.

Then we got to climb the tower. Please read about it at the link because I am too lazy to paraphrase it all.  It really gets into the philosophies of Hundertwasser as well as the history of  making beer in Bavaria.  The climbing did not feel like work because there were shiny things around every quarter-turn. 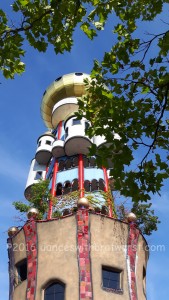 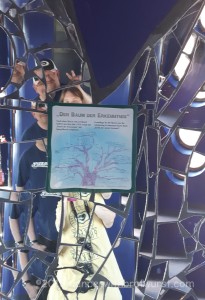 Self-portrait in the Tree of Knowledge at the top of the tower, where you can rest and enjoy a nice video about beer, just in case the hike up the tower didn’t make you thirsty enough already. 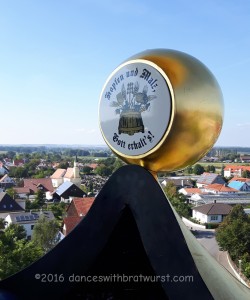 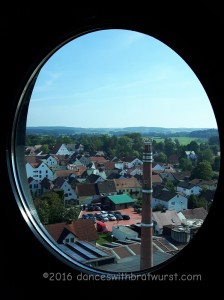 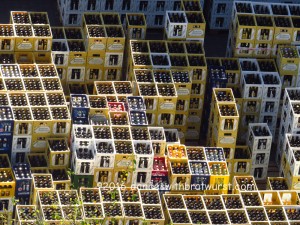 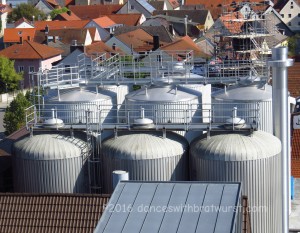 The tower is fun, but this is where the real magic happens. 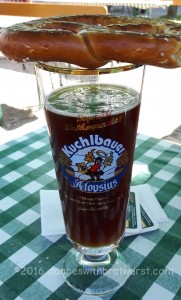 Tour includes one bottle of beer and one pretzel in the Biergarten. This is Aloysius, the dark wheat bock. It had a sweet malt flavor. 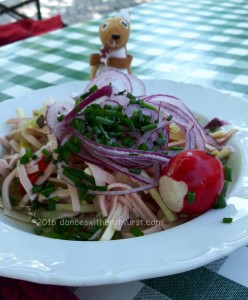 And we’ll end the tour with a random picture of the town of Abensberg. 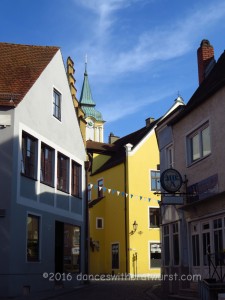 One thought on “Brauerei zum Kuchlbauer”