Last Friday, after months of saying, “Hey, I should ride into town with Roland some morning and use the U-Bahn to explore while he’s at work” I finally did. My destination was the Lenbachhaus, which owns the world’s largest collection of work by Der Blaue Reiter, a group of early-20th century painters who worked mostly in Bavaria.  I first encountered these artists in Milwaukee (Gabriele Münter was a particular favorite of donor Mrs. Harry L. Bradley).  The museum also houses some modern and contemporary German art.

Of course I got lost coming out of the U-Bahn, but it was a nice-enough day–not too hot–and I was lost in an interesting neighborhood with a camera.

Instead of torturing you with 112 photographs of walls, how about some of the cats I met? 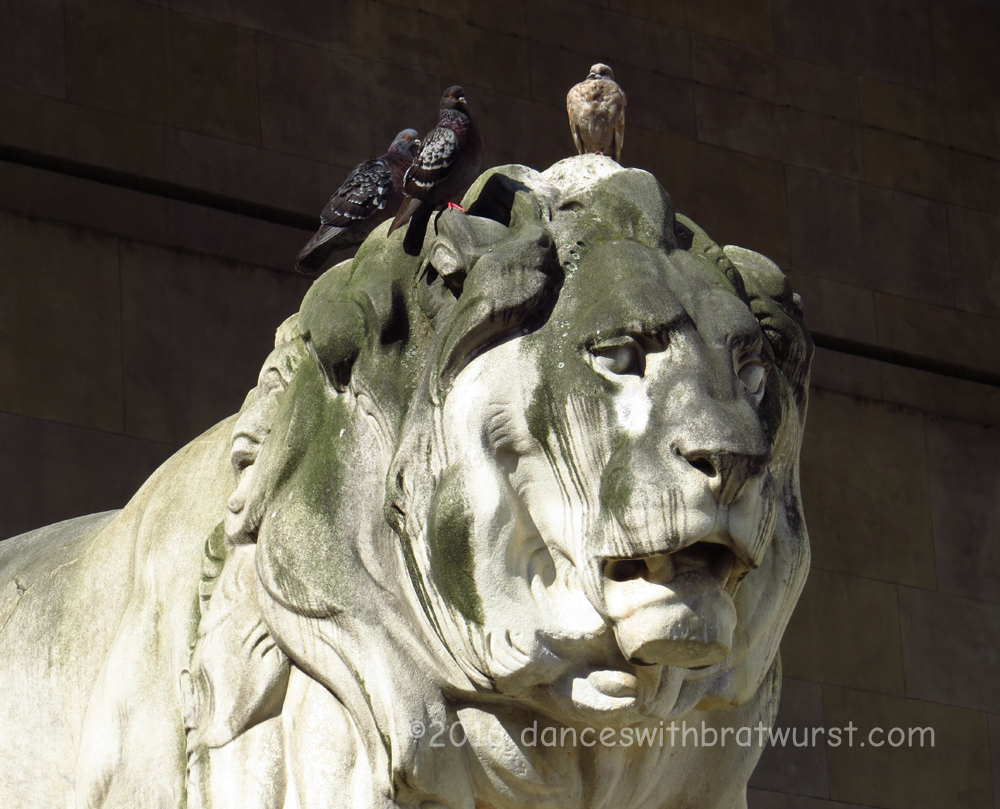 Birds being jerks at the Odeonsplatz. 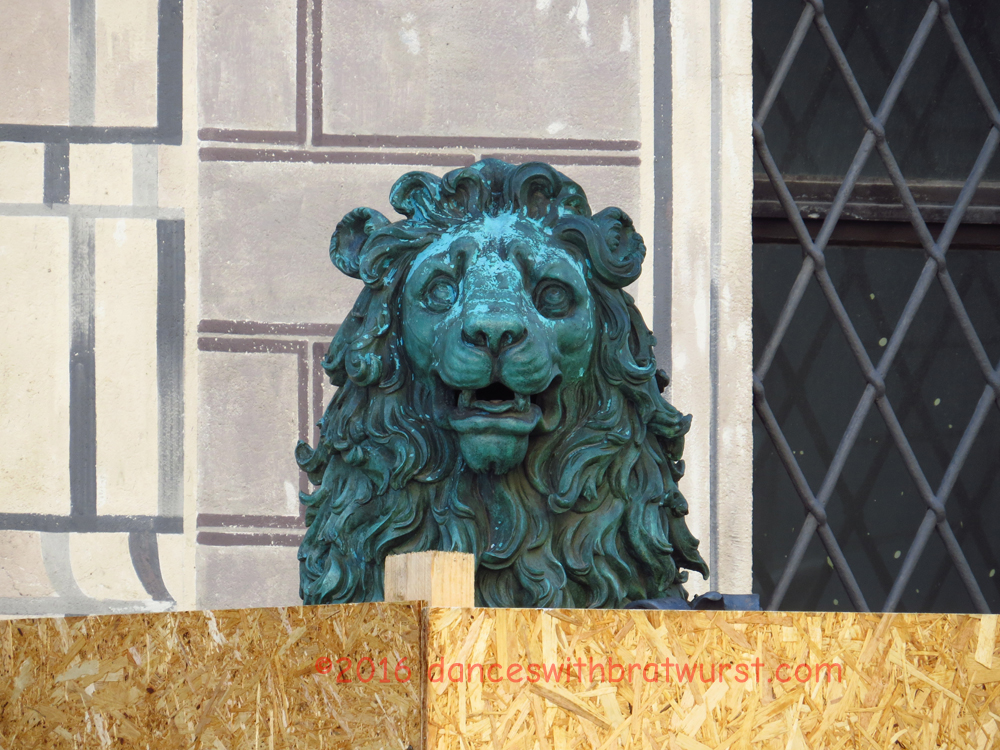 Guard lion at the Residenz changing clothes behind a screen. 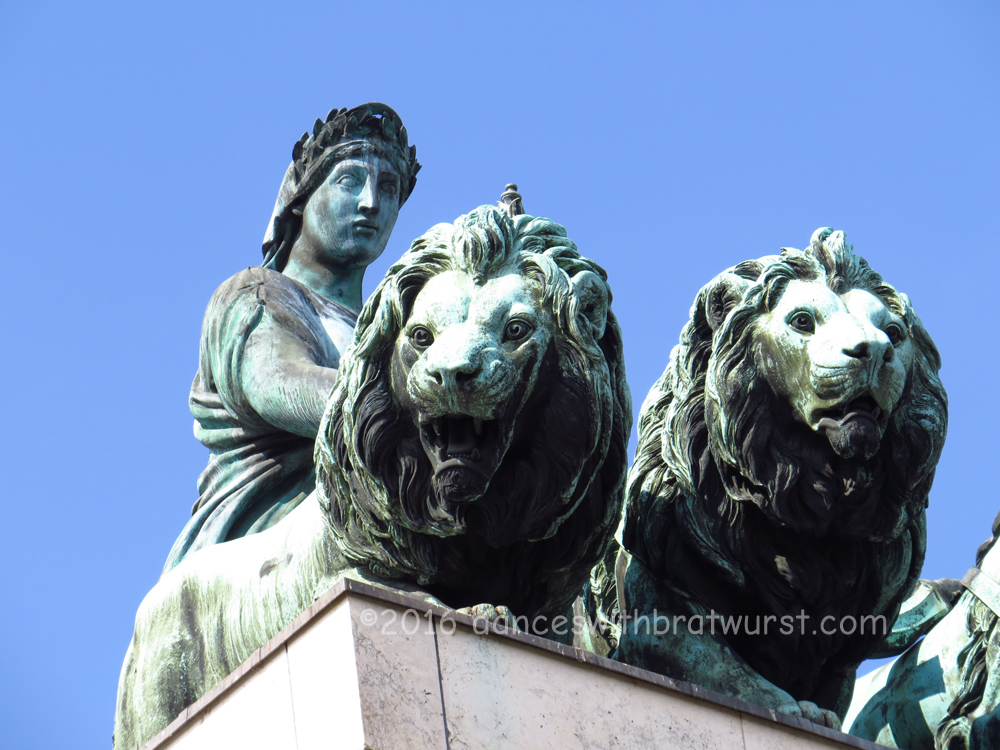 The Siegestor…topped by a wonderful sculpture of myself and my cats. 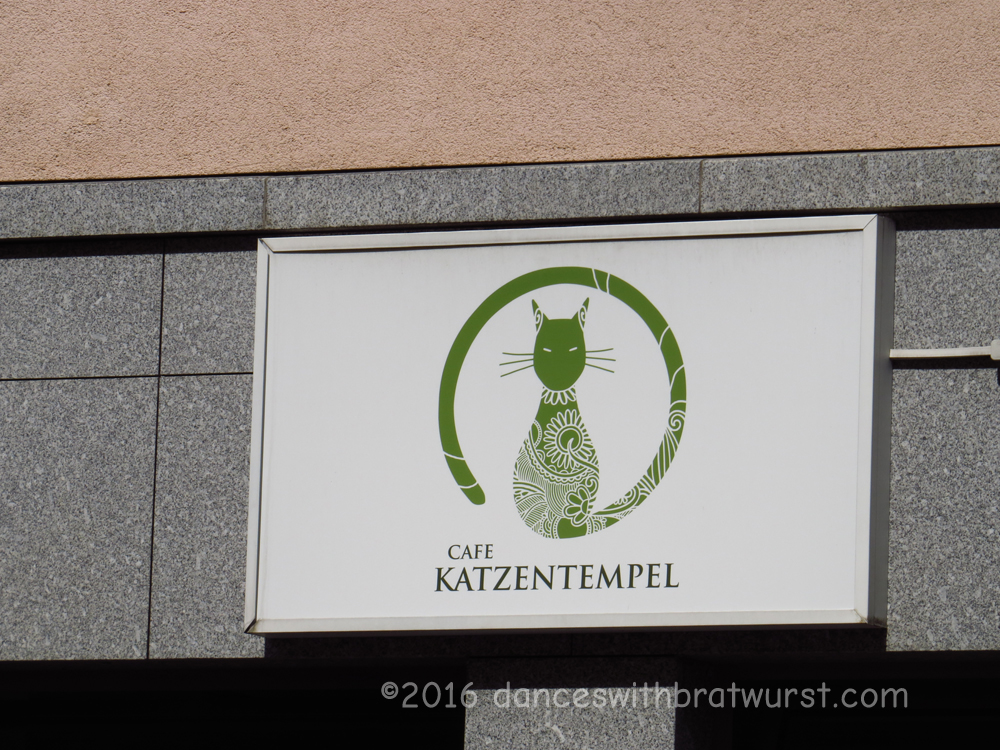 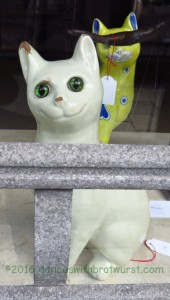 Antique cat sculptures in the window of an auction house. 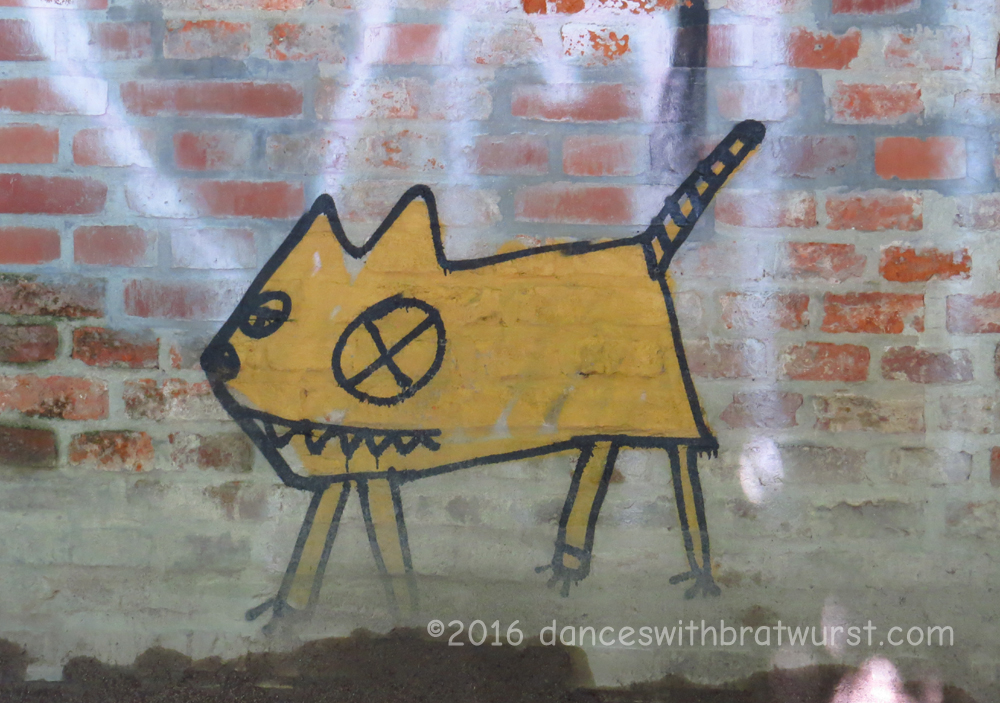 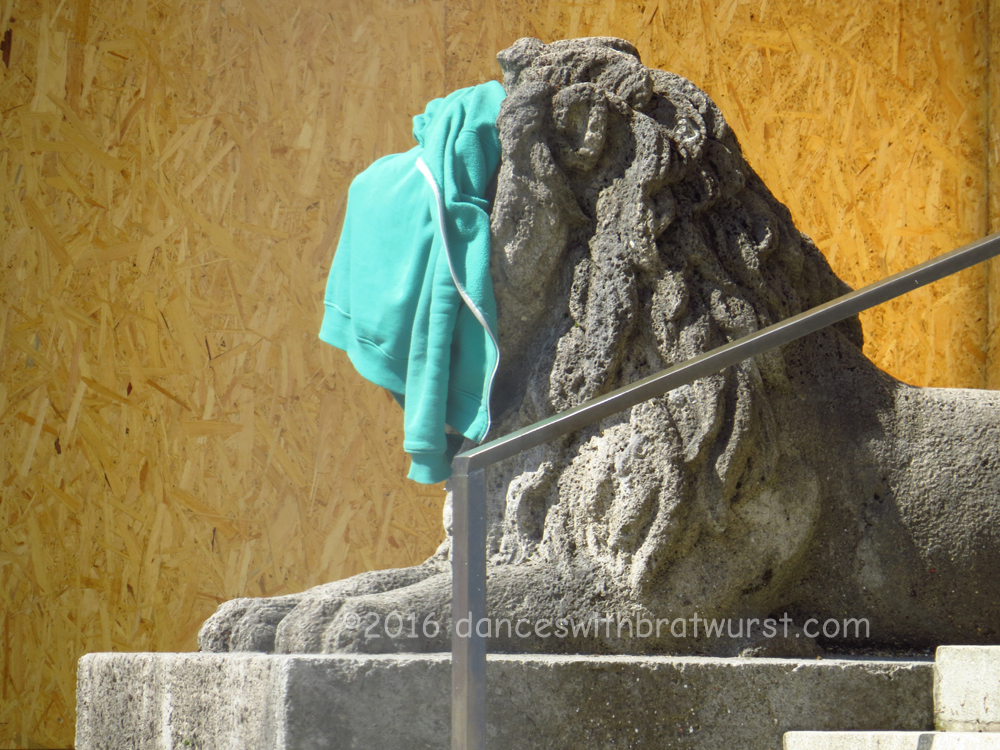 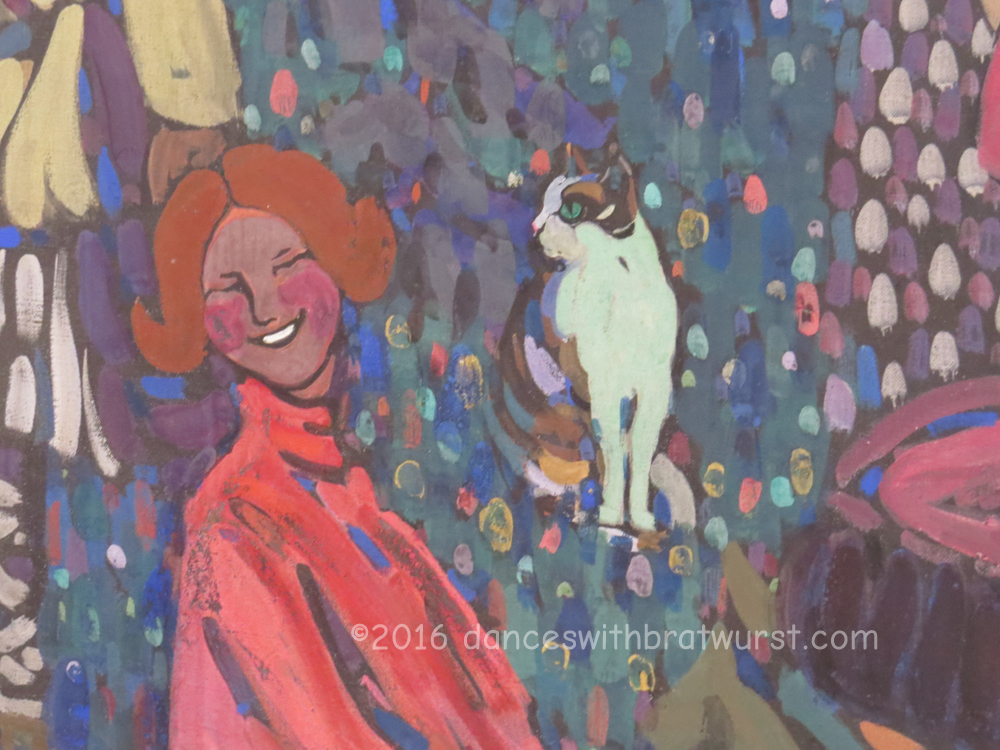 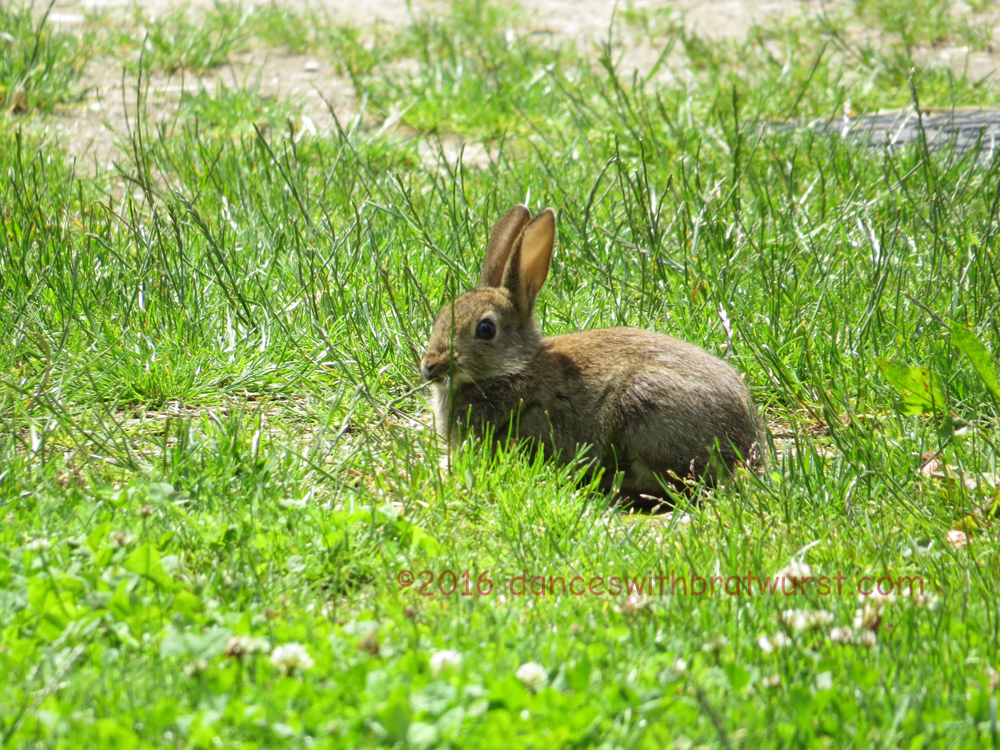 Katzenspielzeug, in the garden of the Lenbachhaus. 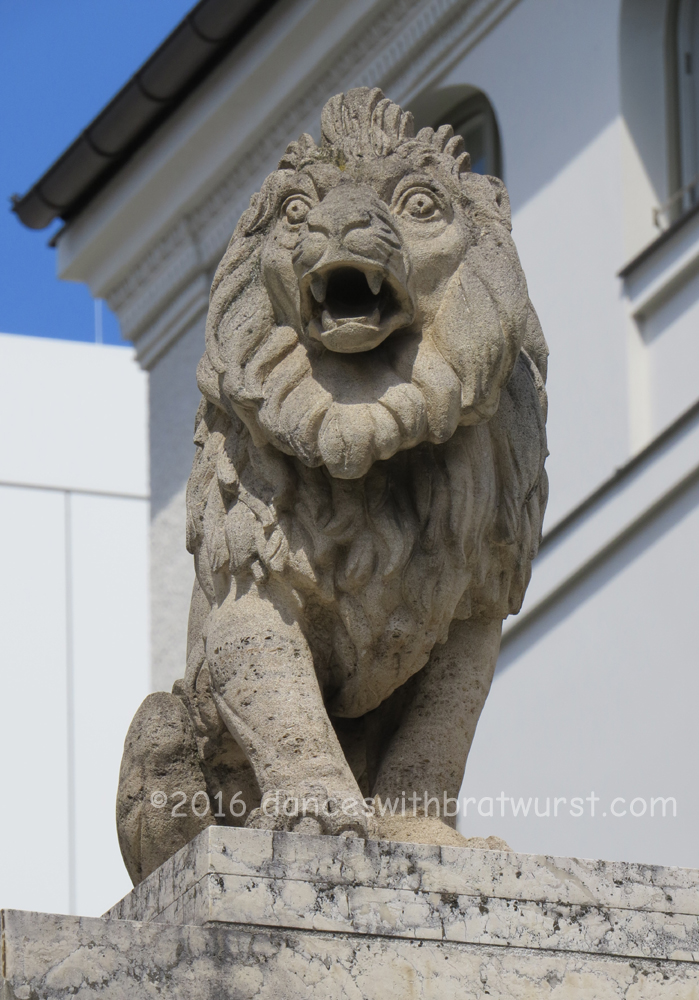 And a lion. If I read the sign correctly, he was the only part of a palace at that location that survived WWII, so don’t mess with him.