Happy Second Christmas Day! Shops and offices are closed on December 26, so a short post before we drive somewhere for a nice walk (today is sunny with a high of 53°F) and more Christmas later.

I’m told it is not unusual for there to be no snow at Christmastime in Freising, but the spring flowers seem a bit much. 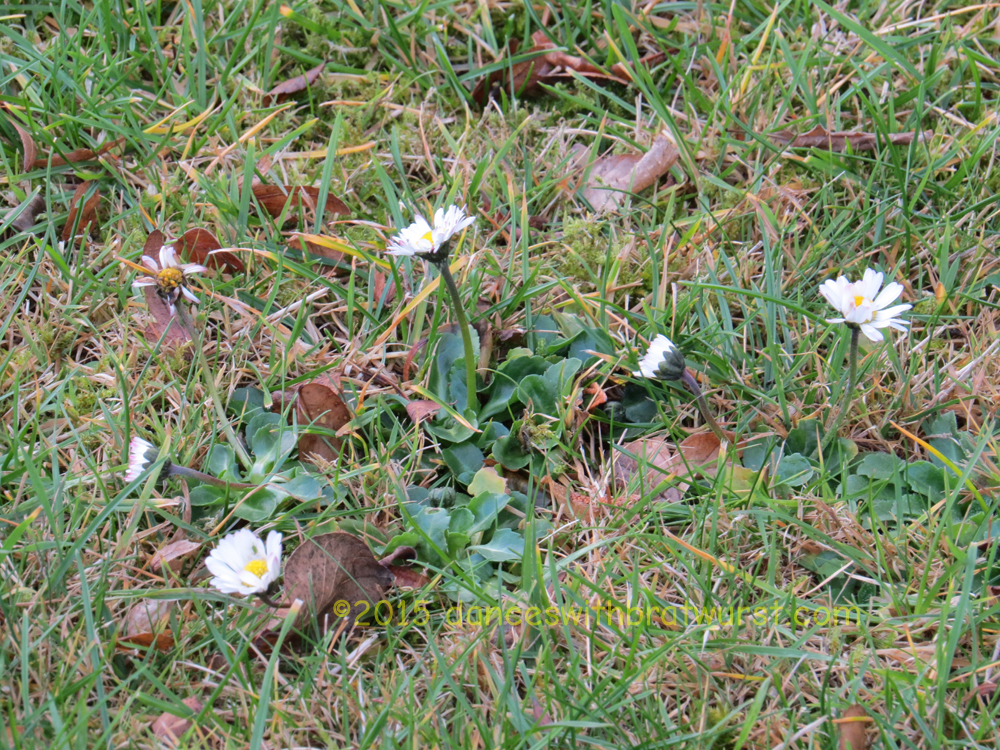 Roland had the whole week off as vacation from his job, so we’ve been going on walks in the afternoon sunlight–early afternoon, as the sunsets are around 4:20 p.m.  The sun is noticeably at an angle at midday, good for feline napping and whatnot. 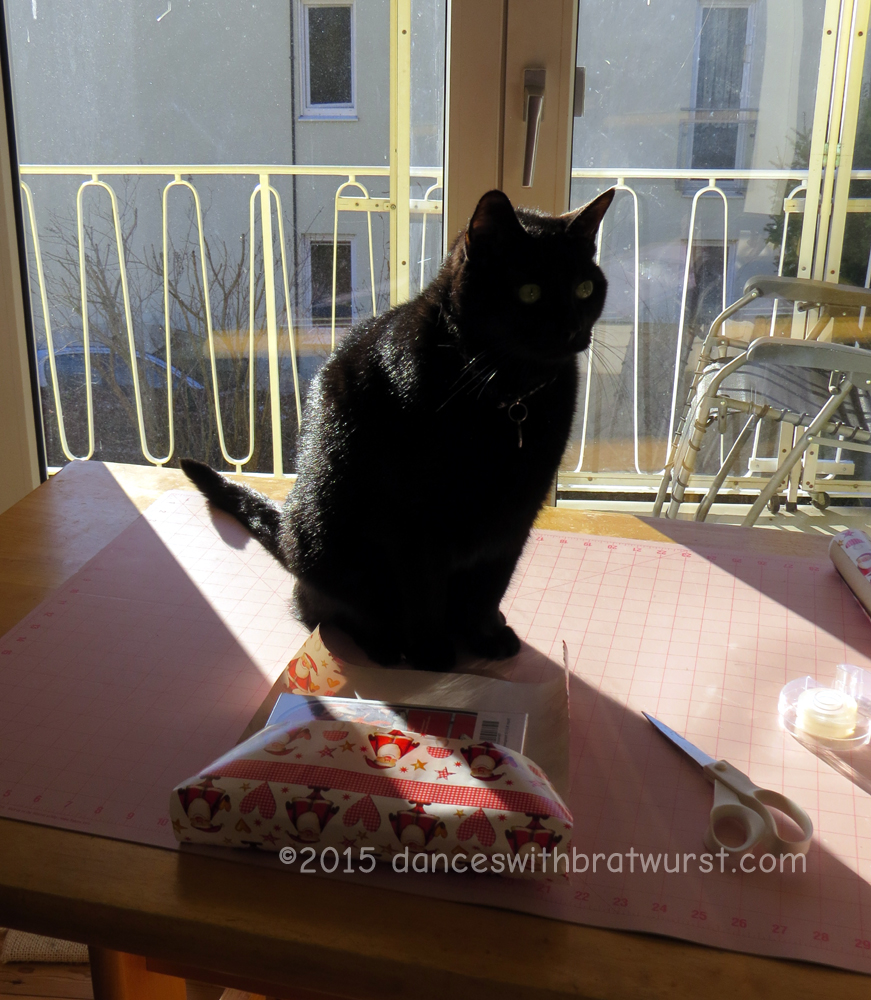 Wrapping gifts on the solstice. “Excuse me. This is my sunbeam.”

We are also meeting with Roland’s friends and family quite often, bringing American cookies–snickerdoodles, chocolate crinkles, and cut-out cookies that Roland decorated–and having nice meals.  On Christmas Eve we met his family at his niece’s house 🙂 for gift exchange and an Edelbrotzeit (salad, quiche, salmon mousse, a selection of cured meats with bread).   On Christmas Day we met at his parents’ house for a German supper of Sauerbraten served with potatoes, and red cabbage–and an American chocolate cake I made with a chocolate stout beer we found last week in a local Getränkemarkt and about three boxes of powdered sugar. 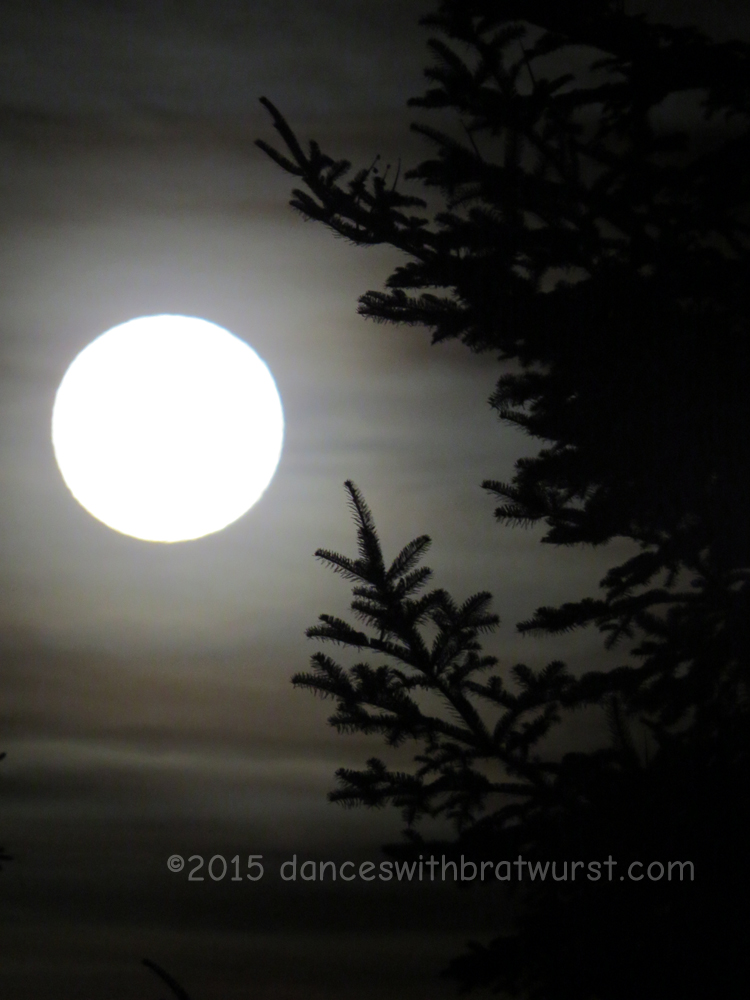