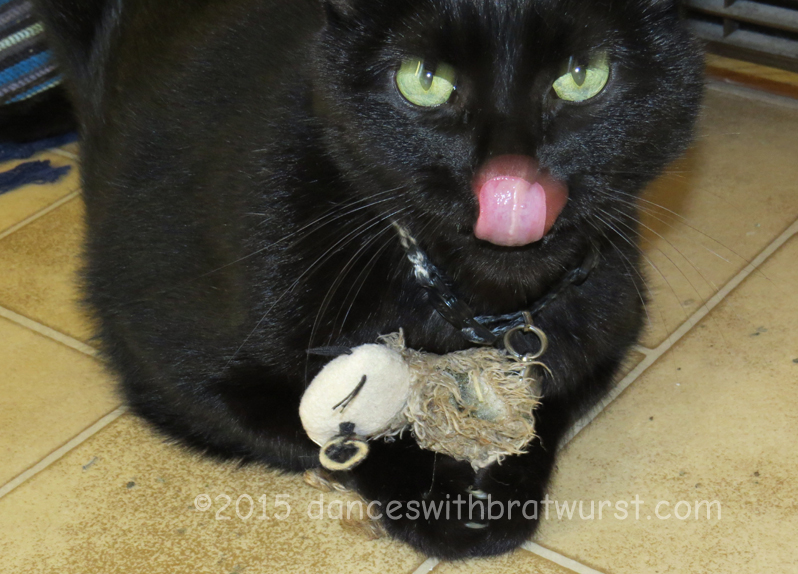 New Year’s Eve in Germany is called Silvester, as Dec 31 is the feast day of a pope by that name.  Why him and not Felis silvestris?  I’m not sure.  Possibly because the traditional German celebration includes setting off copious amounts of fireworks–they started in our neighborhood around 5 p.m. with the grand finale lasting half an hour.  FUZZ hid between some boxes and some shelves well away from the windows and did not come out, even for treats, until early morning (now that the threat has dissipated he’s out and about and trying to drink my coffee.  Sufferin’ succotash.).

We both have colds so we stayed home and had a cheese fondue (half Gruyère, half Emmanthaler–first time I’ve ever made one and I think it was OK) and some Belgian beer.  I also made some dill pickle roll-ups with salami, which we will snack on today.  There is a tradition to eat lentils (because they are shaped like coins) on January 1, but we don’t care for them so we will have some round filled pasta.

And we have exchanged marzipan Glücksbringers with the neighbors–pigs and toadstools. I’m really liking the Glücksschweine for some reason.