The usual apologies for silence–laptop had a Blue Screen of Death at the beginning of January after a driver update and it took awhile to get sorted out.  Seems to be OK now; many photos to catch up on.

Last Sunday we took a drive over to Landsberg am Lech, west of Munich, to see an exhibition at the Stadtmuseum Landsberg entitled “Don’t take your guns to town: Johnny Cash und die Amerikaner in Landsberg 1951-54”.  It was quite nicely done; not just about Cash (who formed his first band and wrote “Folsom Prison Blues” while stationed there as a radio operator) but also about the history of the city, the air base (which is now used by the Germans), and the daily lives of the men who worked there in the 1950s. 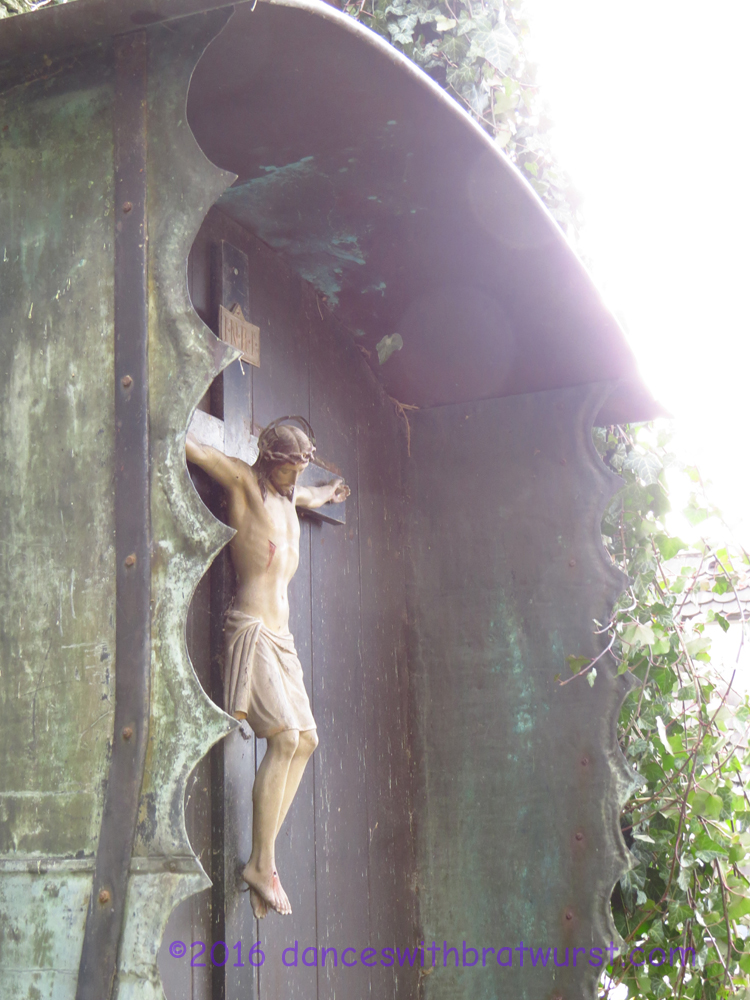 To get from the city parking garage to the museum, we had to go up a hill with so many stairs that about halfway up there was a place to rest and pray for the strength to continue. 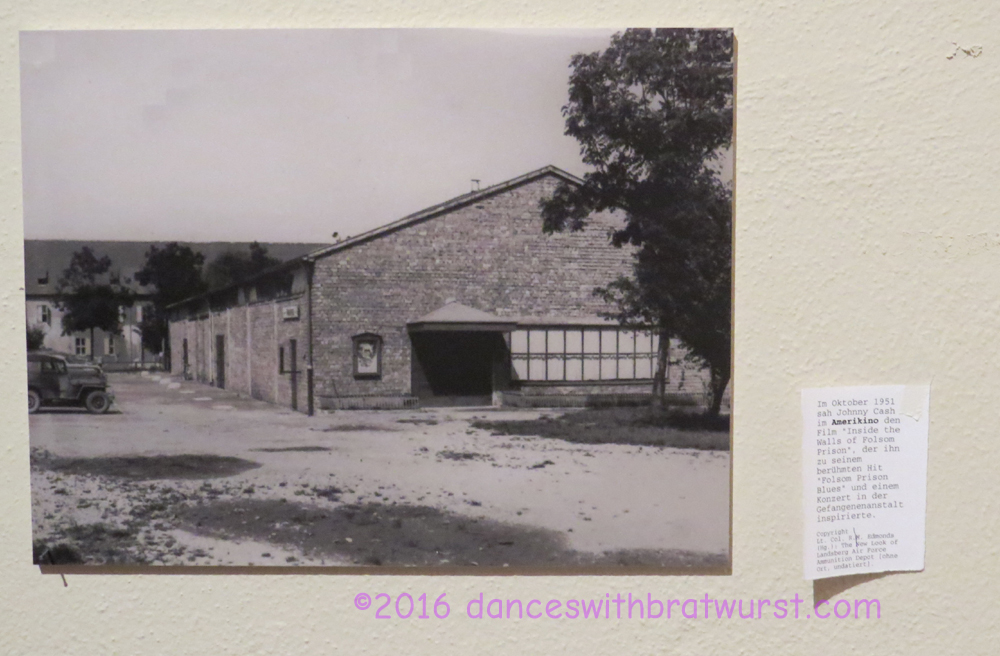 “Amerikino” is my new favorite word (Kino is German for “cinema”). 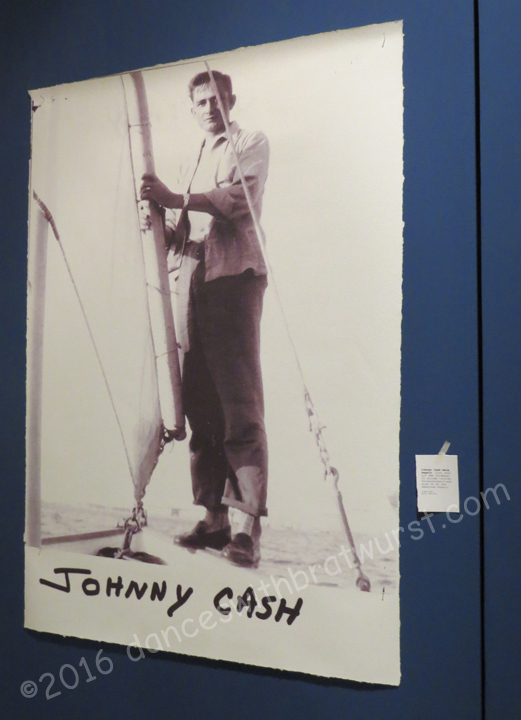 Exhibition photo of Johnny Cash on the Chiemsee.

After the exhibition we went for a walk around the city–bit of a dreary day, but it was above freezing and not too wet. Selected photos: 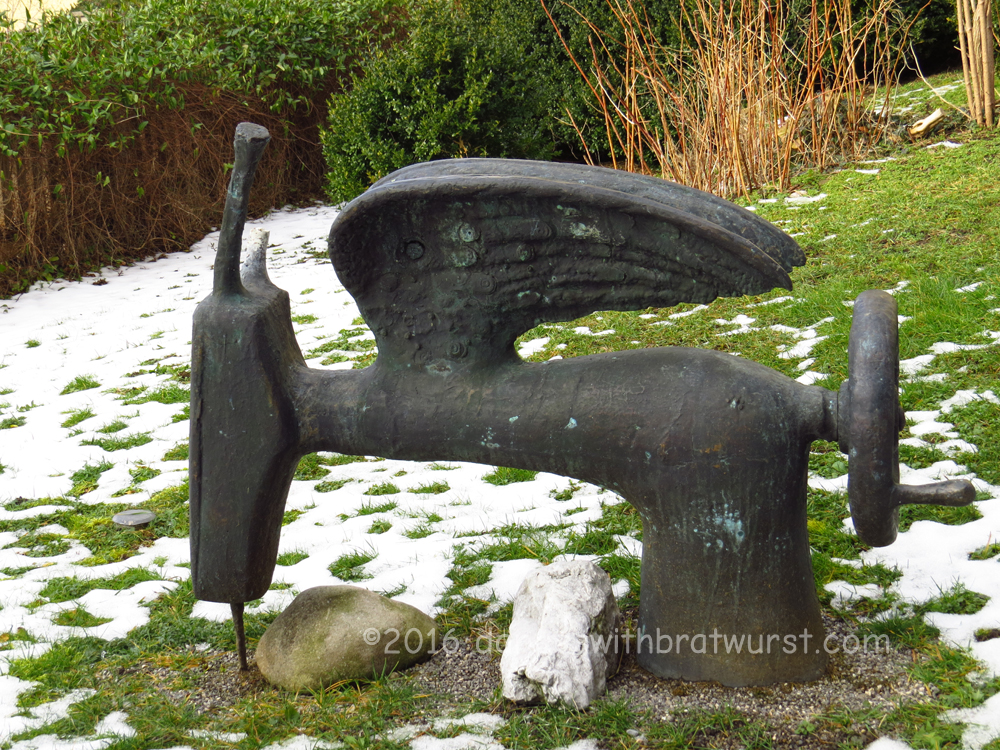 Sewing machine sculpture at the Stadtmuseum. 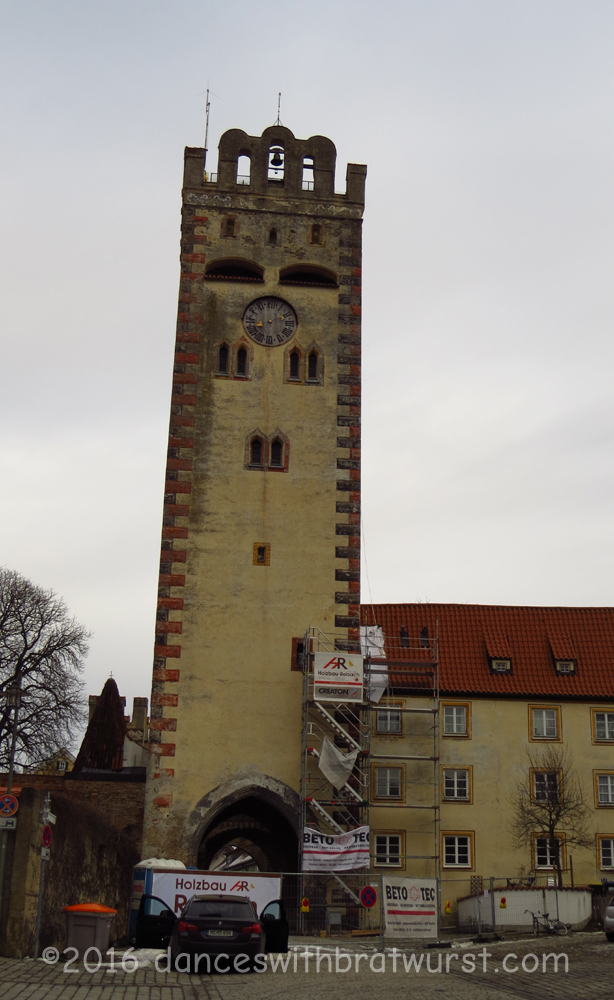 The Bayertor was blocked off for some much-needed restoration. 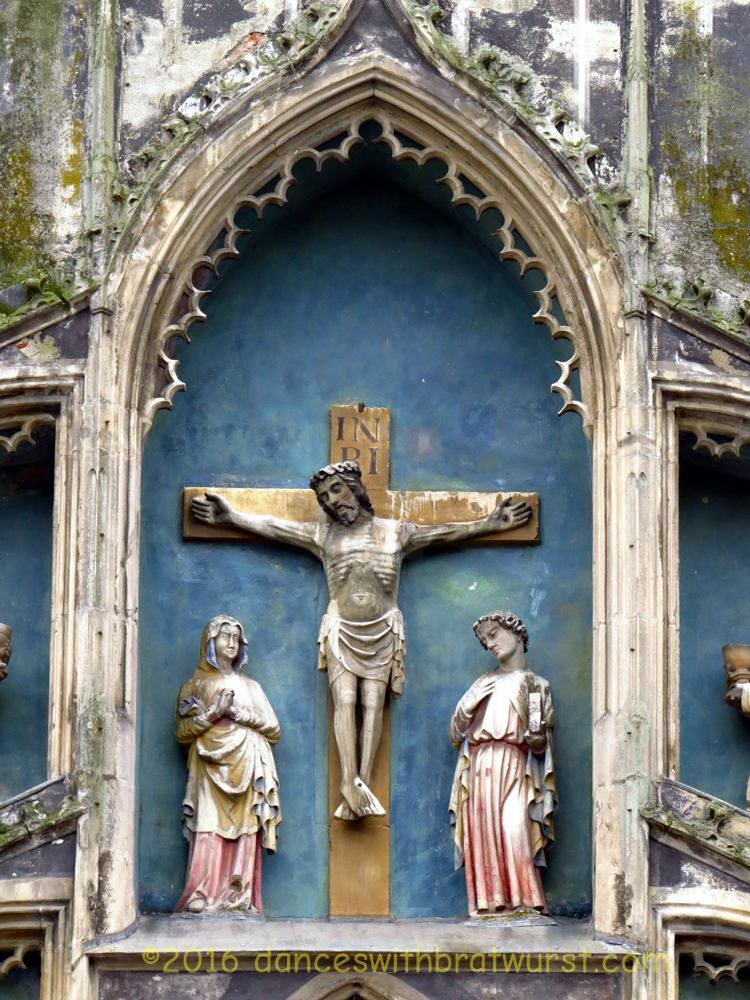 Crucifixion scene on the other side of the Bayertor. 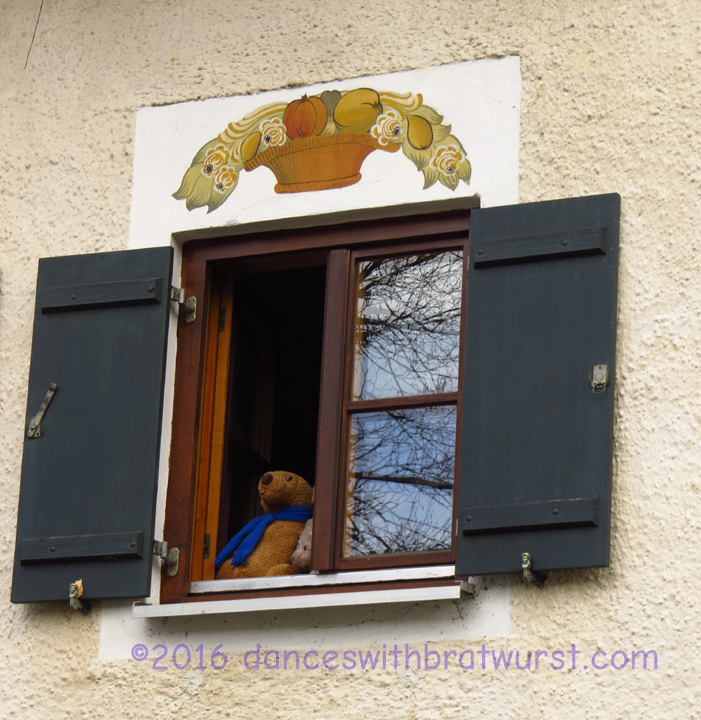 Adorable local residents getting some mid-afternoon sun before it went away again. 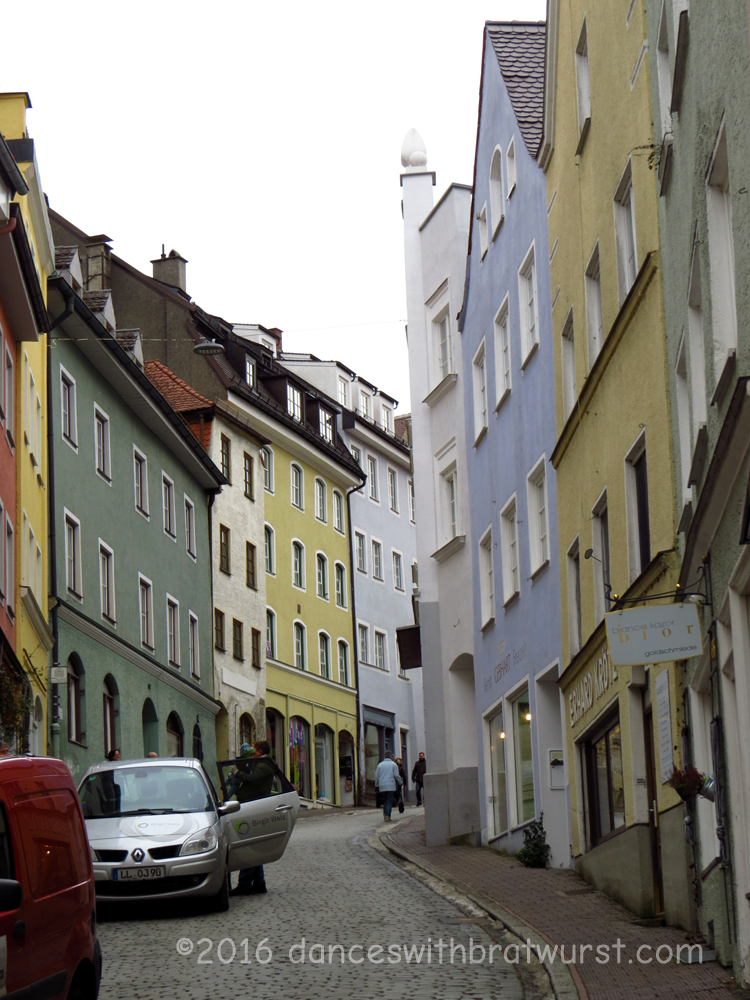 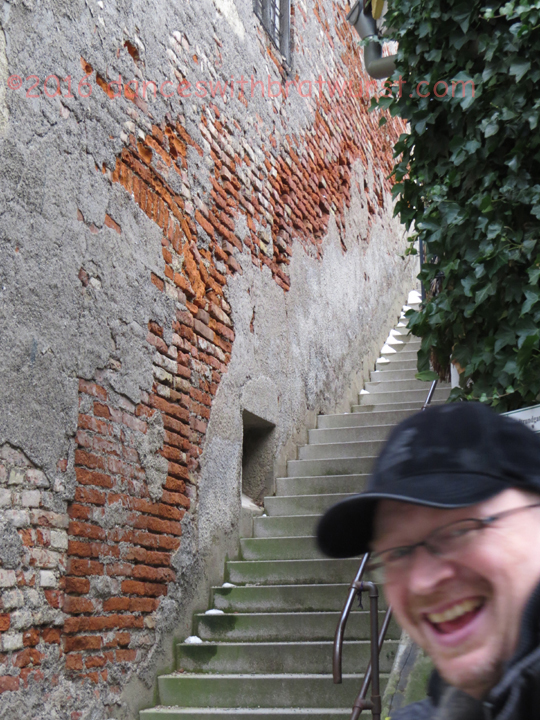 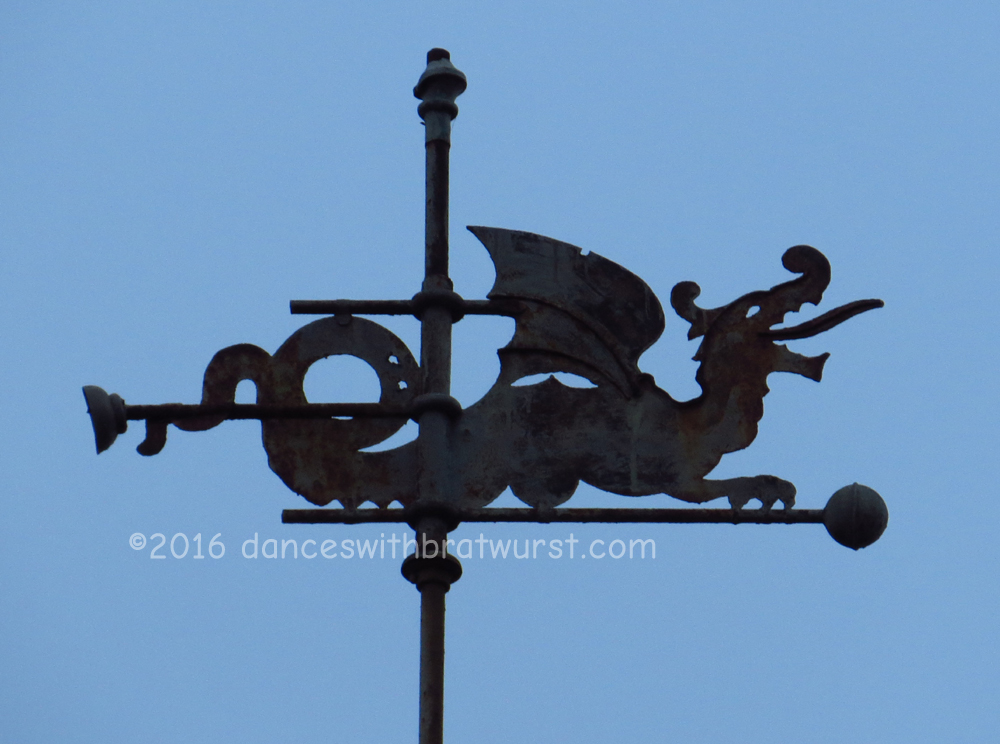 Most of the dragons in Bavaria are having a bad day, but this one seems fairly happy. 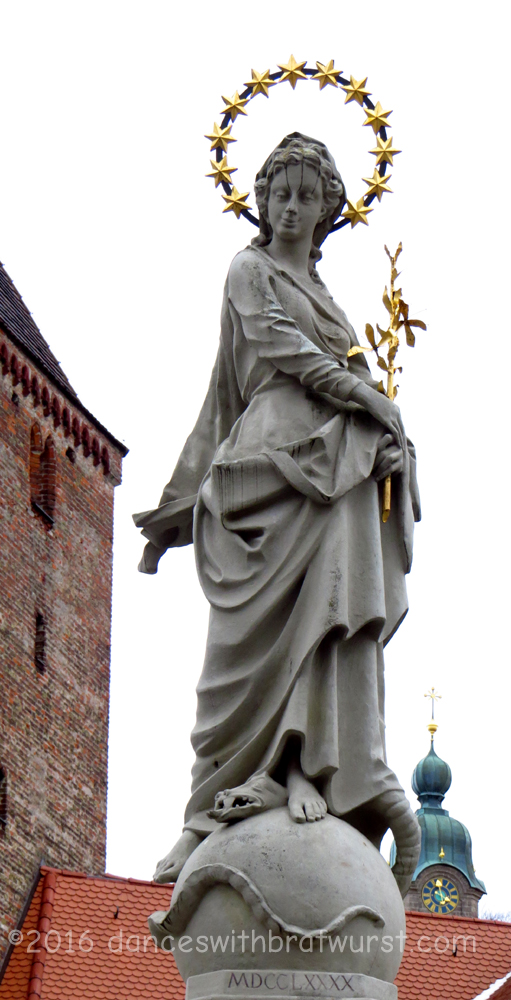 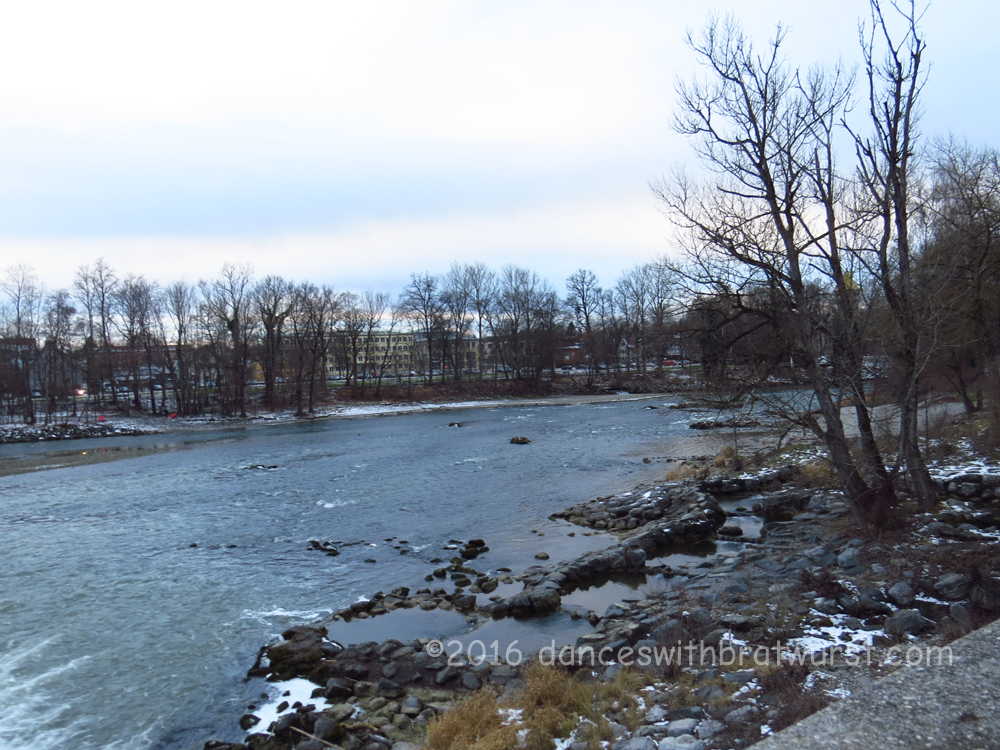