Tuesday was Fasching in Bavaria, analogous to Mardi Gras but a bit quieter, at least in Freising (fewer beads, more clowns).  Roland had to work, but I had a day off from school, so I wandered down to the Marienplatz for the Kinderfasching, or children’s costume party.  Any excuse to wear my sequined cat ears…and stand around drinking a beer outside*. 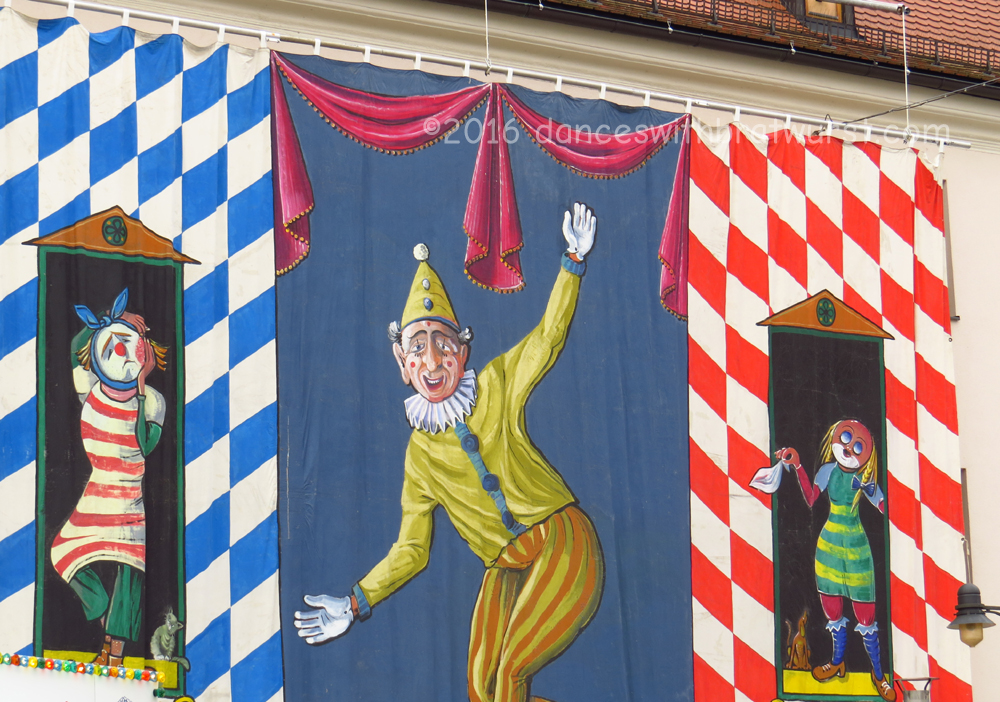 Clown backdrop on the city hall. 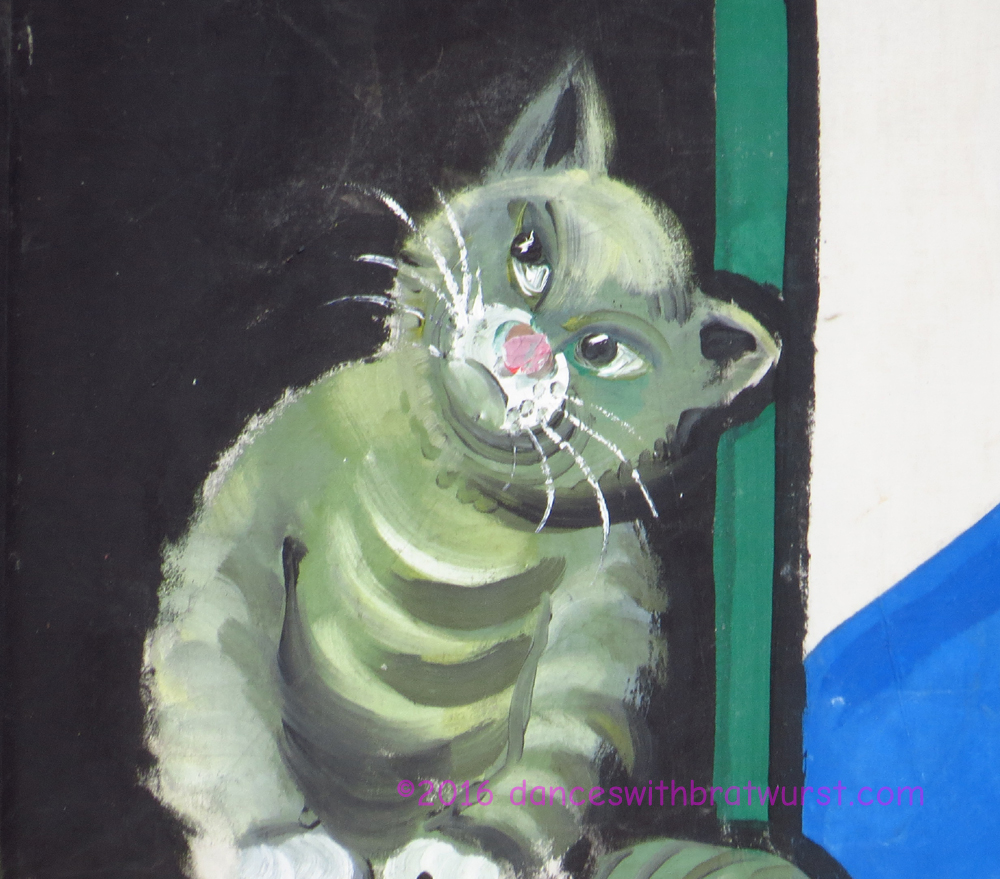 A club of local young people performing for the crowd–it was interesting mix of partner dances, line dances, and Bring It On. I enjoyed watching them while I ate a bratwurst and drank a Weihenstephaner. 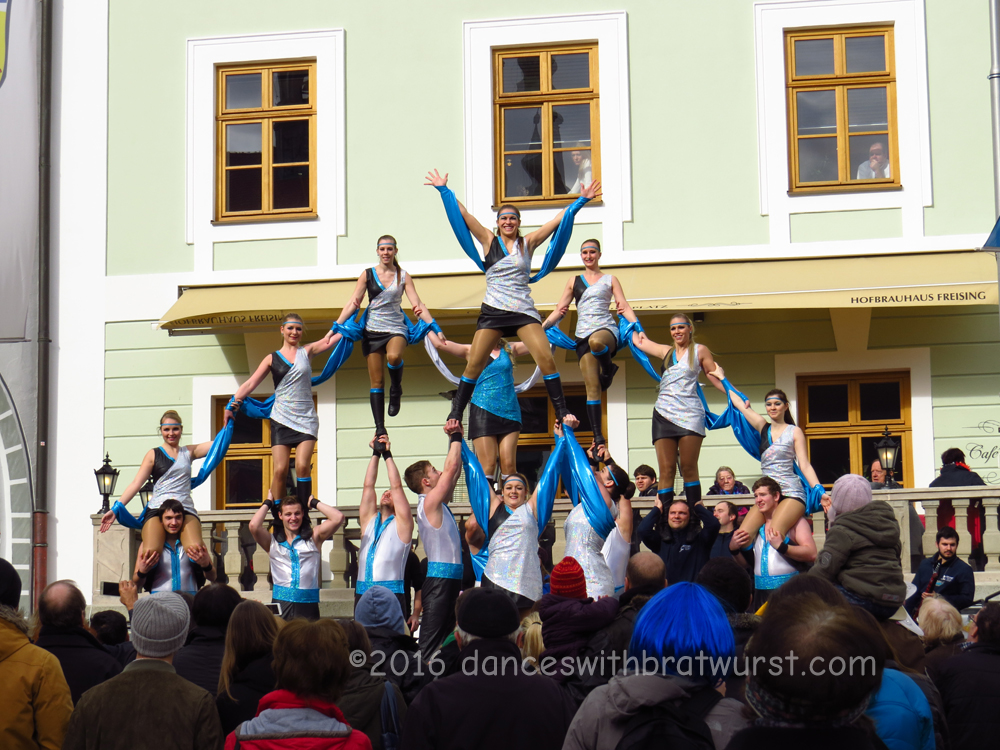 Between organized dances, a clown invited kids to come up on stage and dance to a mix of 20th century German, British, and American festival and pop music (although let’s face it, Meatloaf is old enough to be traditional festival music anymore).  Any dance with steps or arm movements (heyyyyyy, Macarena) he taught to the kids before the music played.  There were also a couple of conga lines around the platz so the kids could show off their costumes. 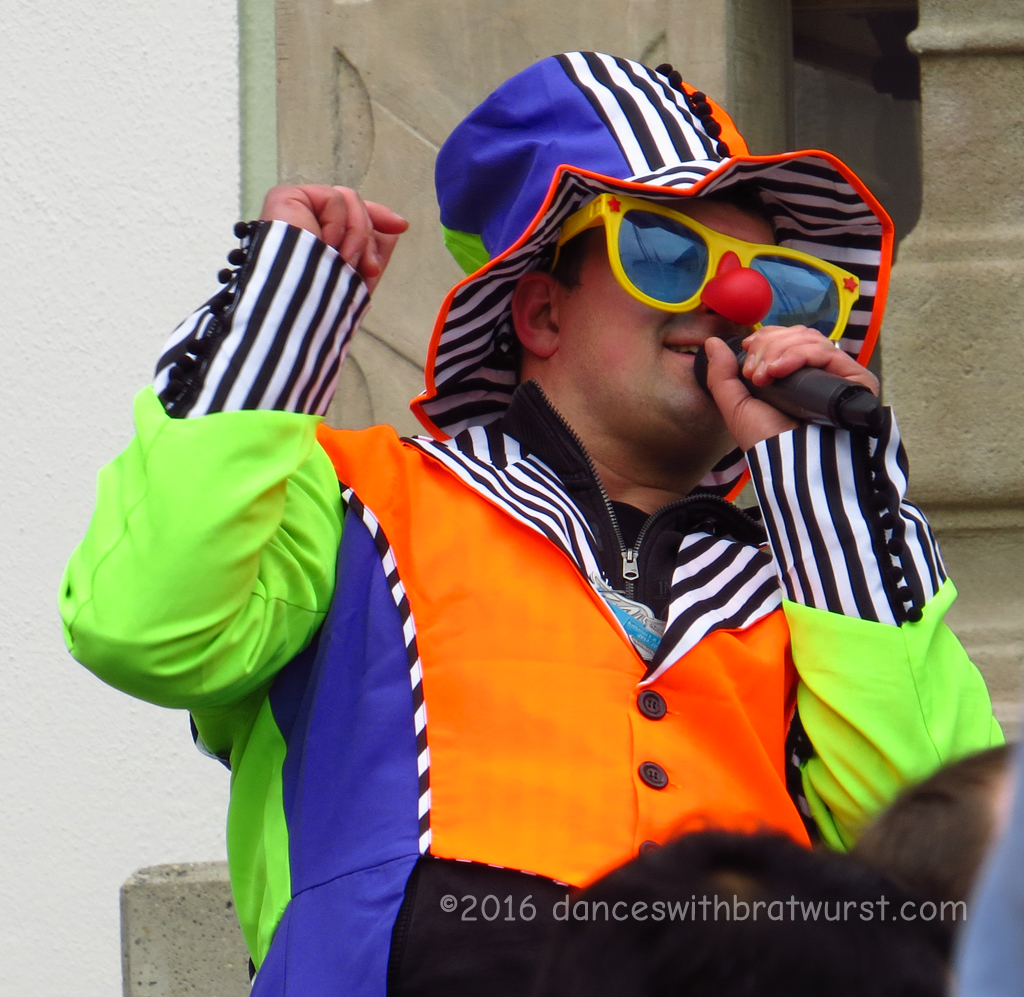 I know this is harder than it looks.

Costumes on the kids were generally traditional–little kids wore animal suits over their clothes, older kids were clowns, pirates, knights, animals and fairies and Jedis. Only one Olaf and no Elsas.

But my favorite was the family who dressed as dinosaurs. 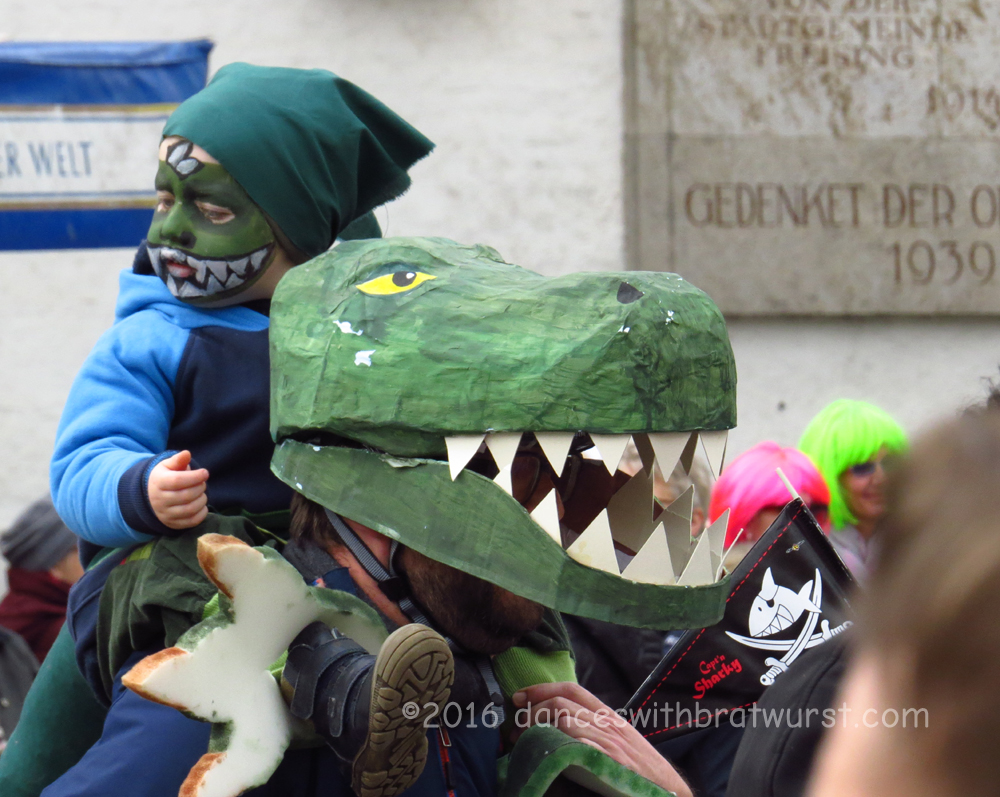 Dad could drink beer without taking off the head–that’s the mark of a great costume right there.

The party started to wind down when it got time to take the kids home for supper, but Roland left work a little early so we could enjoy a beer together. 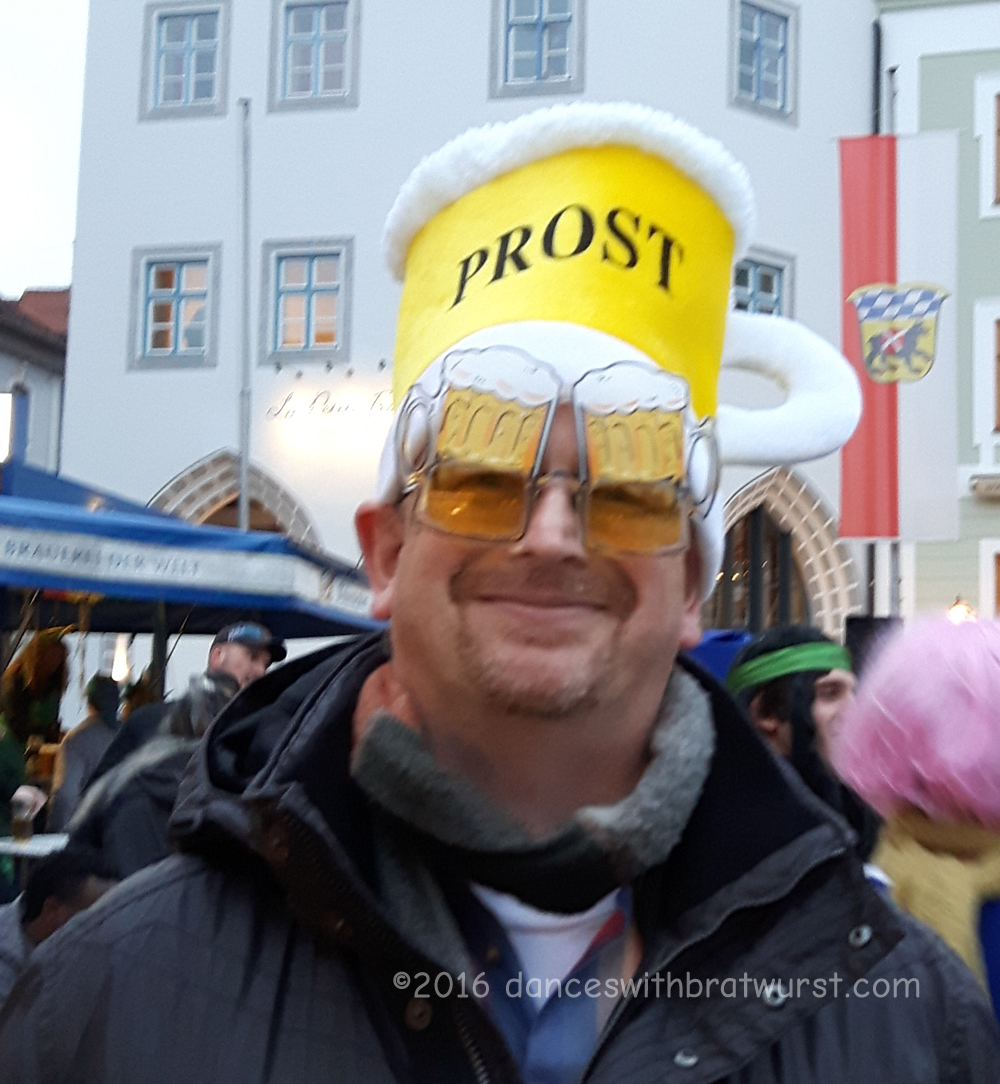 * Yes, it’s warm enough to sit outside in the afternoons and drink beer.  BWAHAHAHA.  Now you Iowans know how I feel when you keep bragging about your snow.

One thought on “Freising Freitag: Fasching”